Have you ever raced in the Pinewood Derby?

If you grew up a Cub Scout, or are the parent of a Cub Scout, you know that the Pinewood Derby is an event where kids build a car from a kit and then send them racing down a track to compete for the best times.

The kits contain a block of wood, four plastic wheels and four nails to use as axles.

Still with me? Don’t worry, this has to do with digital marketing.

So there are usually two types of parents when it comes to building Pinewood Derby cars.

The first is the parent that helps their Cub Scout make a basic cutout from the wood, lets them decorate it and helps them hammer the wheels on the car. This is probably normal.

The second type of parent (and I can safely say that I fall into this category), tends to obsess over making the car as fast as possible.

Did you know that the block of wood can be reduced to almost a sliver, and then you can drill holes in it and back fill it with weight? The goal is to reduce the mass of the block of wood, and then place the weights a little bit in front of the rear axle (although some people swear by the back of the car) to help accelerate the car down the ramp. The more it weighs, the faster it goes. A Pinewood Derby car is allowed to weigh up to 5 ounces, but if your weights are steel you’re going to need a lot of them. Lead weights are way more dense and you take up less physical space. Using Tungsten Putty is a good idea because of it’s density and shape-ability, but it it’s so damned expensive, even on Amazon (although it tends to go on sale in April).

I could go on for hours, but I will spare you. My point is, the Pinewood Derby cars that perform best are usually the ones people obsess about.

If your goal is to win, it’s not enough to just simply build the car and enter it in the race—it’s time and energy spent learning theories, studying Youtube videos and working on all the painstaking details to shave tenths of a second off your race time.

Building a Pinewood Derby car to win becomes obsessive. I think it has to do with not knowing exactly how the car is going to perform until it’s on the track. And not knowing the lengths other Cub Scouts are going to in order to prepare their car to win.

What if the other kids are angling the wheels? Maybe I’d better do that too. Alex’s dad said that he bends one axle so that only 3 wheels touch the track and there’s less friction on the car. It might take a couple hours, but maybe “we” should do that too. I would hate to lose because we didn’t do that last step.

The not knowing how your car will perform on the track will lead some people into obsession.

The Similarities in SEO and Pinewood Derby Cars

You can design a website that looks great, and will perform decently on Google, or you can obsess over it and do everything you can to rank #1 for your keywords—not really knowing exactly how it will perform until Google decides.

There isn’t just one thing you do to build a fast car/perform well on Google. All the little things add up. Writing each title tag. Adding weight to every little meta description. Polishing the alt tags. These things singularly might seem pretty insignificant, but if you want a shot at winning Google’s race, all the elements together become very important.

In order to be effective at SEO, and racing Pinewood Derby cars, you have to be obsessive. SEO is a lifestyle. It’s never ending. You are never “done.”

The Pinewood Derby only happens once a year. Getting your website to rank high on Google is a daily event.

Design Is How It Works

There is a point where over-optimizing takes all the fun out of the race. A point where you tell your team that they can’t use their design. That it has to be shaped a certain way to win. That a soulless, non-decorated car, stuffed with keywords will be better for performance, compromising any element only there for the sake of aesthetics.

This is the point you don’t want to get to.

You have to balance visual aesthetics and performance for both website design and Pinewood Derby cars. And that balance isn’t always easy. Some choices will mean you have to consciously decide whether to enhance one and detract from the other.

Because optimizing a website for SEO isn’t separate from the design—it’s part of it.

A good friend of mine sums it up better than I can:

“Most people make the mistake of thinking design is what it looks like. People think it’s this veneer – that the designers are handed this box and told, “Make it look good!” That’s not what we think design is. It’s not just what it looks like and feels like. Design is how it works.”

You can obsess over optimizing a website to rank first in Google and get more clicks. But if the design of the site doesn’t make visitors convert, what’s the point?

And it’s the same the other way around—there’s no sense in building a beautiful website that no one can find. Finding Joy in the Tedious

I find that when designing websites or Pinewood Derby cars, I revel in the puzzle of it all. How can it compete but still look good and be fun? This is the riddle, and the tedious joy that comes with figuring it out.

Design isn’t just about how your website looks, but how it works.

I don’t always win every race, but trying to design that perfect combination is what keeps me showing up.

I’ll see you on the race track. 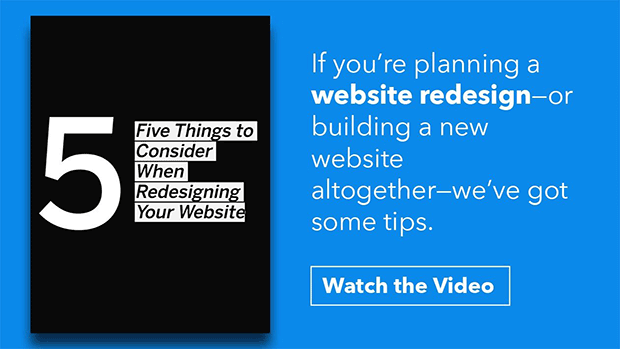